Audiópolis renews its appointment for 2015! First event of the season the artistic duo Peter Bosch & Simone Simons and the Italian Matteo Marangoni. On Friday January 23, 2015, at 8:00 pm will take place the concerts in the Auditorium of CentroCentro.

Free entrance until full capacity. The same day from 6:00 pm will open the listening space of Audiópolis, on the 5th floor of CentroCentro, this time presenting work of the respective artists.

Bosch & Simons and Matteo Marangoni, on January 21, 2015 will be in Murcia, for the project “Experimentadores en la Fonoteca” of SONM in the exhibition hall of the Cultural Center “Puertas de Castilla”. This activity is also curated by Francisco López.
[+ info: Puertas de Castilla // Fonoteca SONM] 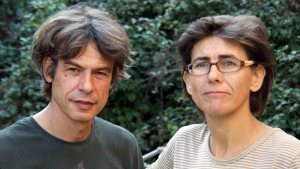 The Krachtgever is our best-known piece for its Golden Nica, received in 1998 at the Prix Ars Electronica, Linz, in the category of Digital Musics. Another well-known project is Aguas Vivas, which obtained a mention at VIDA 6.0, Madrid, 2003 and was shown at various locations worldwide. In 2009 a retrospective exhibition of our work was held at La Tour-du-Pin, France, curated by GRAME, Lyon. More recent works are Mirlitones and Wilberforces.

Peter Bosch (1958) studied psychology at the Universities of Leiden and Amsterdam (1976-‘83) and thereafter studied sonology at the Royal Conservatory in The Hague (1986-‘87). Simone Simons (1961) studied at the audiovisual department of the Gerrit Rietveld Art Academy in Amsterdam (1980-‘85). Since 1997 they work and live in Valencia, Spain. 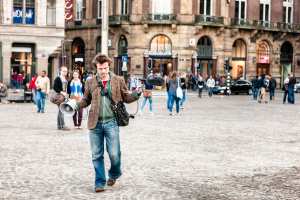 Focusing on the potential of listening to establish new connections between people, places and objects, Matteo Marangoni’s performances and installations employ field recordings, sound archives, computer programming and DIY electronics. Finding unconventional uses for audio technologies and other media, his work probes the relationship between sound, space and the body, approaching the body of the listener through physical experiences that collapse and reshape the space between subject and object. He studied at the ArtScience Interfaculty in The Hague under the guidance of Edwin van der Heide, where he initiated a research trajectory on non-virtual techniques for sound spatialization based on mobile robotic loudspeakers. His work has been presented at venues such as STEIM (Amsterdam), November Music (Den Bosch), Ethonologisches Museum (Berlin), NAISA (Toronto), European Media Art Festival (Osnabruck), Triennale di Milano (Milan), Q-02 (Brussels). His installation “Quiet Before the Storm” received an honorary mention at the Sonic Arts Award 2014. He is a founding member of the artist-run platform “iii” and curates the nomadic performance program “No Patent Pending”.

Quiet Before the Storm (Matteo Marangoni, 2013)

Audio recording of a performance of Echo Moire’ from 2012 [excerpt]:
http://www.humbug.me/uploads/echo_moire_fe.aif

Concerts of Peter Bosch and Matteo Marangoni in CentroCentro. 23.01.2015.

Video of the concerts of Peter Bosch and Matteo Marangoni, for Audiópolis in CentroCentro of Madrid. 23.1.2015. Courtesy of Voragine Tv. Here you can see the entire report.

Audio recording of Peter Bosch, based in the concerts in Madrid and Murcia, for Audiópolis and Experimentadores en la Fonoteca. January 2015.

Photographs of the concerts of Peter Bosch and Matteo Marangoni in CentroCentro of Madrid. 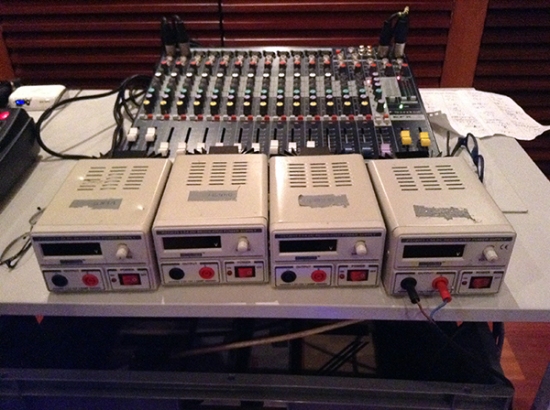 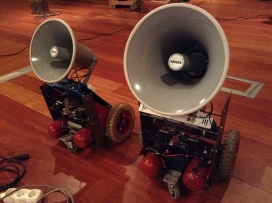 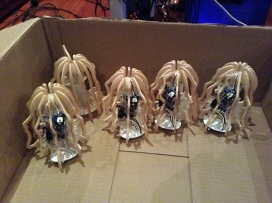 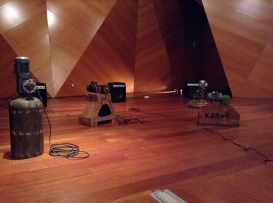 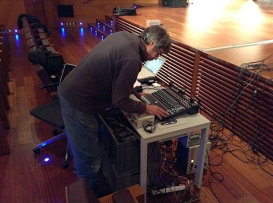 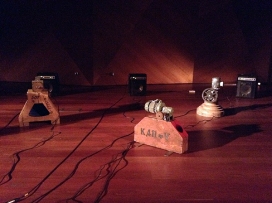 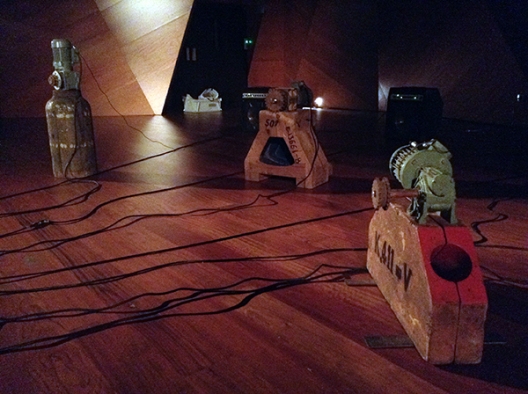 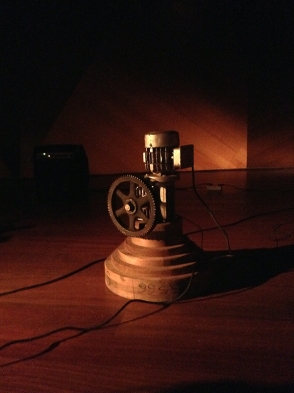 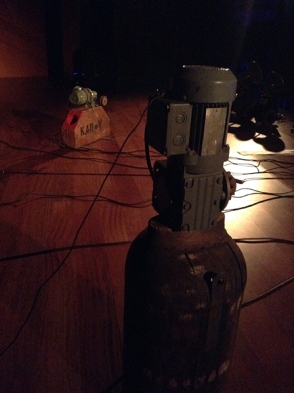 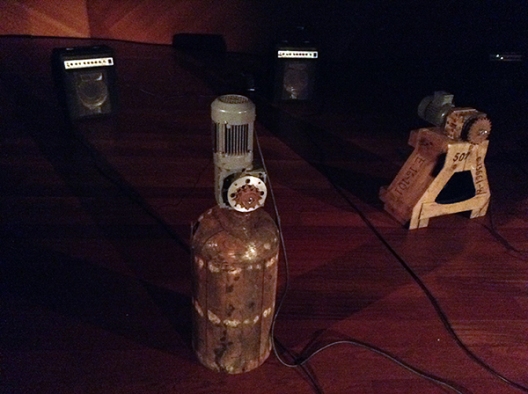 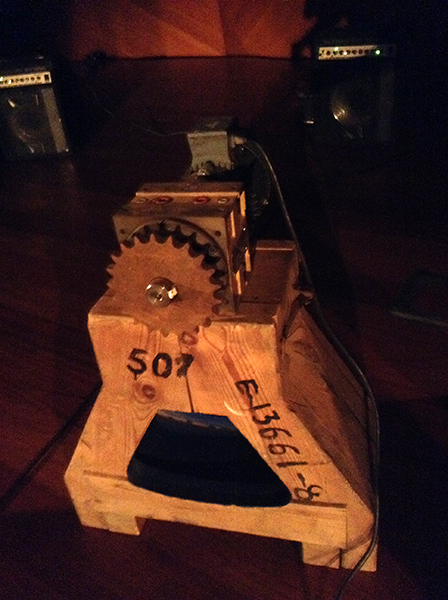 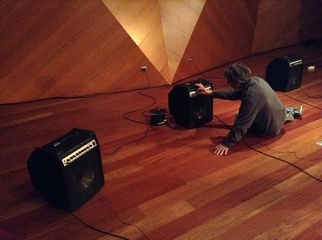 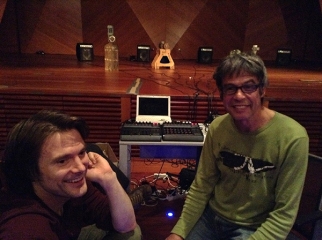 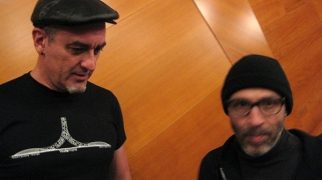 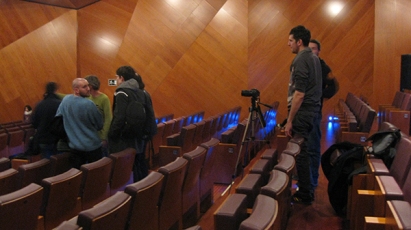 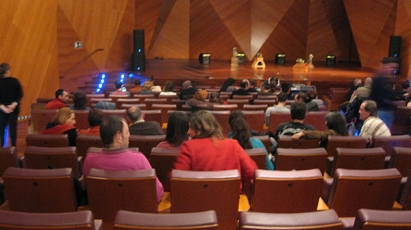 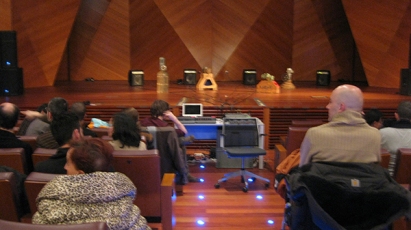 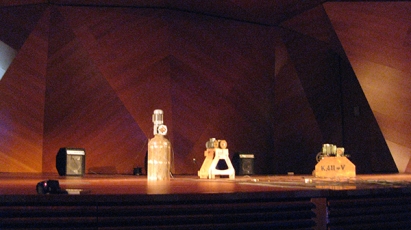 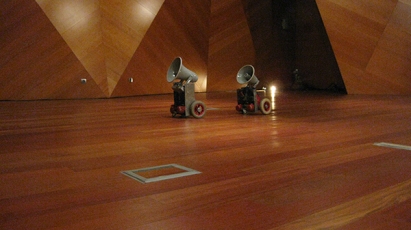 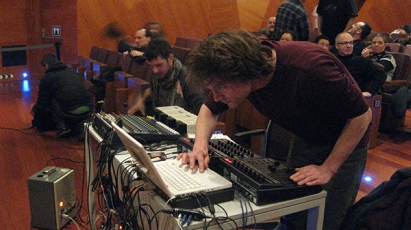