November 8, 2013 the Basque artists Xabier Erkizia (Lesaka) and Miguel A. García (Vitoria-Gasteiz) offer to us two concerts within the framework of the 6th edition of Audiópolis, the cycle of concerts / installations curated by Francisco López. A strong sample of the current experimental music of the Basque Country. Besides the concerts, Erkizia and García present two sound installations, made ​​especially for CentroCentro, which remain in the exhibition space of the center from November 8th day and until December 8. Below are details on the two artists and their work.

Musician, producer and journalist from the Basque Country. His work is based on research among different people, sounds and formats in different situations as sound installations, recordings and musical compositions, radio-art pieces, bands, collective improvisation… Over the last 15 years, Erkizia’s work has been showed in several countries of Europe, Asia and America. He has been working, both live and in studio with a large variety of artists such as Francisco López, Eddie Prévost, John Oswald, Maialen Lujanbio, Mattin, TV Pow, Vuk Jevremovic, Isabel Herguera.. Since 2000, he is the director of ERTZ Music Festival (Bera, Nafarroa), and since 2003 he coordinates AUDIOLAB, the sound department of Arteleku, Contemporary Art Center located in Donostia-San Sebastian. He publishes regularly essays on the phenomenology of sound and listening in various specialized media (radio, newspaper, magazines..).

The etymological origin of the word persona (person) comes from per sonare. Refers to the traditional masks worn by actors in ancient Greece (Prosopa) with what they were hiding his face, while honked their voices. That sound can be interpreted both as a replacement, in the sense in which the way of the gestures and character of the mask replace the voice, as well as in the technical sense, because many of these masks allowed to project the actor’s voice on the hearing with more precisely. In any case, the person-mask is a fiction that overlaps whom wearing it.

Per sona is a sound work based on the phenomenology of the human voice and its relation to the identity processes that occur in the contemporary society. Are part of a documentation process that based on interviews with different people of different status and social condition that have a direct, constant and/or unusual with the use of the human voice, because of physiological problems related to voice and speech or because of professional requirements.

Photos from the exhibition in CentroCentro: 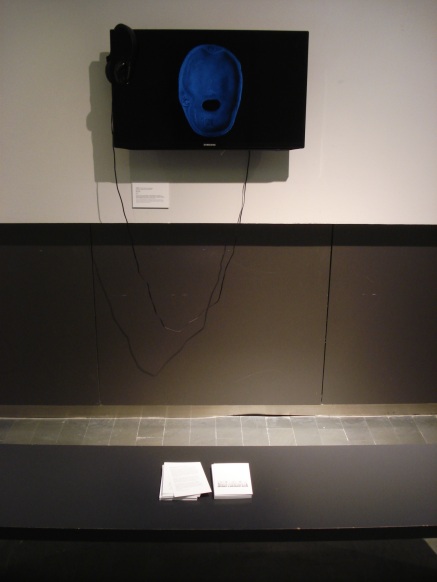 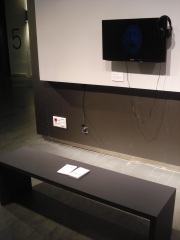 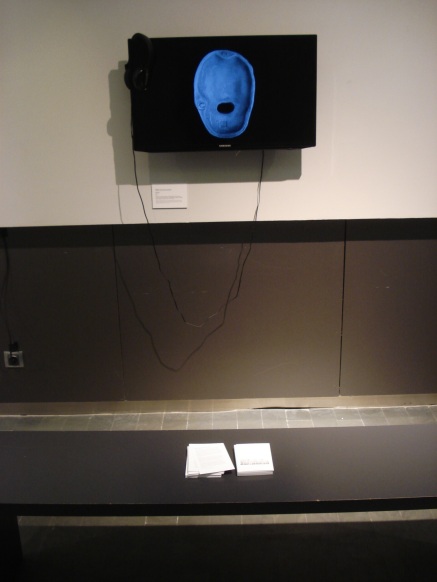 Flyers that accompany the sound installations: 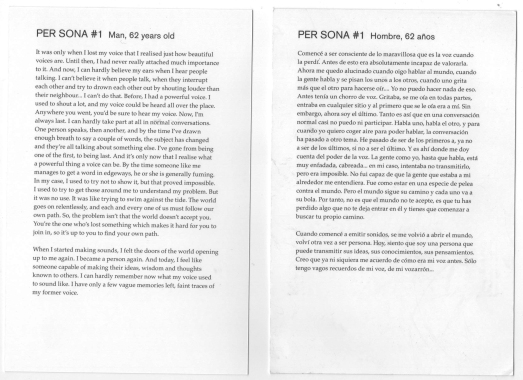 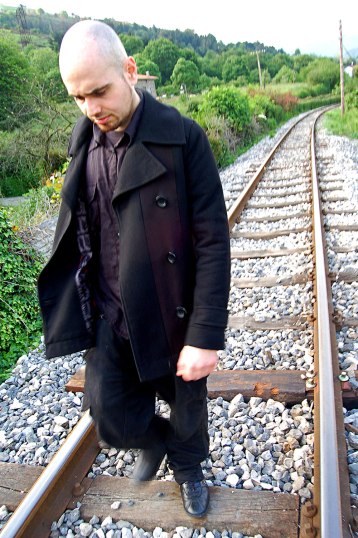 Miguel A. García aka Xedh [Vitoria-Gasteiz]

Basque musician Miguel Á. García aka Xedh (Gasteiz) is one of the most active musicians in the spanish experimental music milieu. His work covers both composition and electroacoustic improvisation. Creating sounds out of debris from electronic devices, articulating them with field recordings and acoustic instruments, he provides an intense, immersive and intimate experience. A daring music that questions the boundaries between academic electroacoustic music, industrial music, noise music and the so-called ‘oudsider’ music without giving up a certain sense of humor.

As a solo musician he has played in several festivals all over Spain, including Ertz (Navarre), Experimentaclub (Madrid), Lem (Barcelona), Mem (Bilbao) or Sonikas (Vallecas), as well as in a great variety of art museums and spaces like the National Concert Hall (Madrid), Artium (Vitoria) Guggenheim (Bilbao), Macuf (A Coruña) and Vostell-Malpartida (Cáceres) amongst many others. And abroad, both solo and joining other artists on stage, he has played in festivals and spaces throughout Germany, Belgium, USA, France, The Netherlands, Norway, Poland, Portugal and Russia. His work has been released by record labels from all over the world.

He collaborates on a regular basis with artists such as Elena Aitzkoa, Lali Barrière, Raúl Domínguez, Tomás Gris, Oier I.A., Xavier Lopez, Seijiro Murayama, Javier Pedreira and Héctor Rey. As a promoter he is the founder of Club Le Larraskito as well as the director of Zarata Fest festival, both dedicated to the dissemination of cutting-edge music.

Multichannel sound intervention, specifically made for CentroCentro’s space, created from the mix of synthetically generated sounds and acoustic instrumentation records. “Argiope” in a simultaneous way presents a mapping of the space and an exploration of new forms of emotional perception through the sound.

Photos from the exhibition in CentroCentro:

Video by David Sanz and Enrique Zaccagnini. Visual and sound documentation of the sound installation ARGIOPE, realized by Miguel A. García in November 2013 in CentroCentro:

Photos from the preparation and the concerts in CentroCentro: 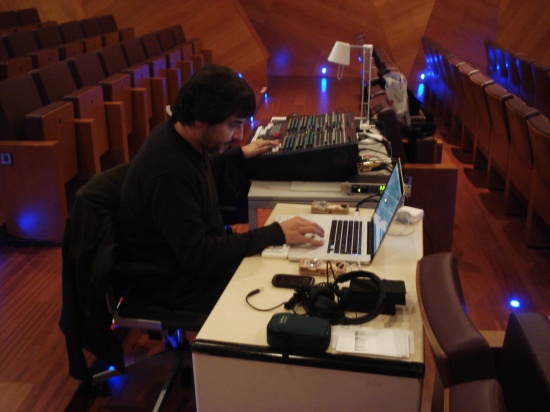 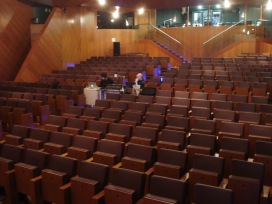 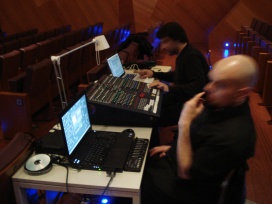 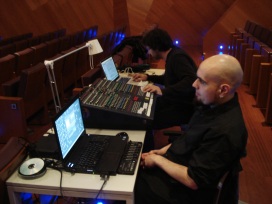 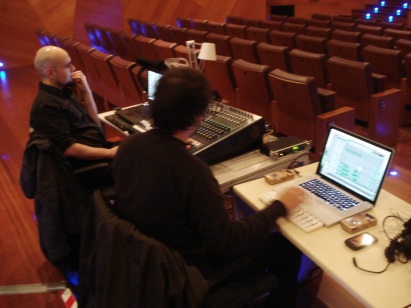